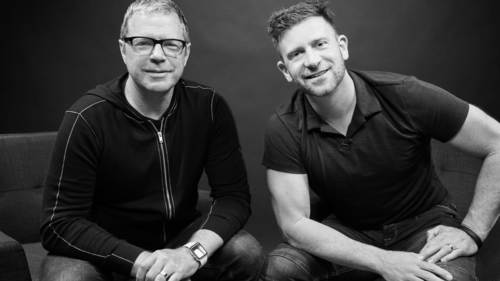 How Design Drives The World's Best Companies with Robert Brunner

There’s something amazing about sitting down with someone like Robert who’s been around the block so, so many times – a true, grizzled veteran like Debbie Millman and Joe McNally. Robert is one of the pioneers of design as we know it today – as a core business function that has a seat at the table along with finance, marketing, and operations – and whether you know it or not, if you’re a professional creative today you’re benefitting from his work in blazing that trail. He’s built agencies, internal teams, brought countless products to market and as you can guess, learned a ton of shit along the way that he’s here to share with you.

My guest today is Robert Brunner. If you look up “badass industrial designer” in the dictionary, the first thing you’re going to see is his picture. He’s the co-founder + partner of Ammunition Design Group, one of the top industrial design agencies in the world with clients including Lyft, Adobe, Microsoft, AIGA, and so many more. He lead the design of the widely popular Beats brand and built the design practice at Apple – he’s actually the guy who hired the legendary Jony Ive, now Apple’s Chief Design Officer – and he’s a former partner at the legendary firm Pentagramand co-founder of Lunar Design, one of the firms who put design on the map in the Bay Area back in the 80s and 90s.

Robert founded Ammunition in 2007 to communicate ideas through products, brands, and their surrounding experiences. His work as an industrial designer has spawned numerous&#160;brand- defining&#160;designs over the past three decades.
SEE INSTRUCTOR'S CLASSES