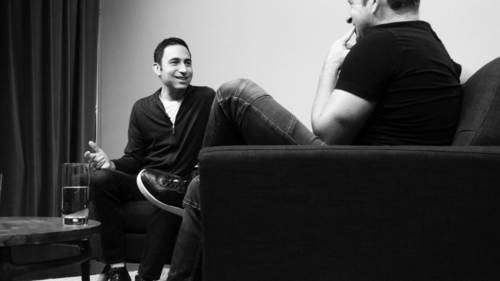 Hey, everybody was up its chase. Welcome to another episode of the Chase Drivers Live show here on Creative Live. You know this show? This is where I sit down with the most amazing humans. And I do everything I can impact their brains with the goal of helping you be more awesome and live your dreams. Anchor and hobby. And in life, my guest today started out as an associate Goldman and then, through a radical transformation, launched his own company called McCants, which is the place if you're creative to have your portfolio online. That has more than 12 million creatives on that platform. He had the company acquired by Adobe. He's an author, He's an investor and he is now the chief product officer at Adobe is my good friend Scott Belski in the house. Do you love you? Appreciate you Before the cameras started rolling, we were just talking Baby Adobe Max. New book, like all in the same day period. Yeah. You can't really look great. Design roll with it. It was great, but I don't know wha...