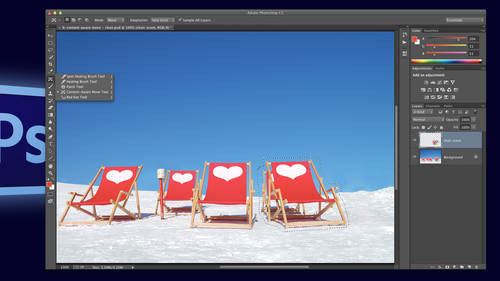 Before we get started in what I consider to be the most fun session of the day moving and removing objects, you can catch up with me online afloat elisa dot com be sure to sign up for my newsletter catch me on twitter at full elisa, and if you're on facebook, you can find me at facebook dot com slash literally so I also answer questions on that facebook fan page, so if you feel free to post those and if you want to keep up with all my brazilian creative lie workshops is my most favorite thing to do, you ever is teach here you can go to lisa dot I am slash sitel videos. If you want to pick up any of my books, you can get them in a nice discount. Forty percent off print. Fifty percent off the books at o'reilly dot com enter the code off d at check out a u t h d for author discount and if you'd like to pick up an eva instead, I have some fabulous offerings. The photo shop elements book and the light room five but are both new and they are filled with screenshots and good and juicy techniq...

Photoshop sports a slew of tools that you can use to remove items from your images. Whether it’s a blemish, under-eye bags, strands of hair, whole people or objects, this session will help you master which tool to use when. You’ll also learn how to scoot people and objects closer together, as well as move whole objects to a new position so you’ve got room for text. At the end of this session, you’ll have the power to turn the image you have into the image you need.

Lesa Snider, internationally acclaimed author and speaker, is on a mission to teach the world to create better graphics. She’s the author of several books including the best-selling series, Photoshop: The Missing Manual, and coauthor of iPhoto '11: The Missing
SEE INSTRUCTOR'S CLASSES