Lesson 4 from: Perfect Exposures from Histogram through Lightroom 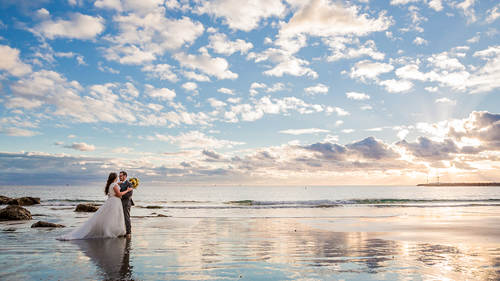 Lesson 4 from: Perfect Exposures from Histogram through Lightroom

Here's a shot that I want to take, but oops, I left my flash at home. Now, what are the important things in the shot? This is where you start to pre visualize what the final image is supposed to look like before you take the picture. Because what the history Graham is supposed to look like? That depends on what you want your print toe look like, right, if I want tohave those clouds in the shot than I'd better not overexpose it like this, right? So if I overexpose it so that she is perfectly exposed like that's good exposure on her skin, that's a great exposure for a skin. But now the clouds are gone. But if I want the clouds, then I've got a problem with her face. Now can I brighten up her face from that dark and make it look OK? Kind of like I can take any shot, especially one that if you look up here in the history Ram, see how that pile right there of that yellow guess where that yellow is her dress and a little bit stuff here in in the in the green. So that's that's where she is ri...