Skip to main content
photo & video
All Photography Classes > Business > Setting Up Your Photography Business > Bonus Video: 3 Ways To Keep The Government Off Your Back

Lesson 2 from: Setting Up Your Photography Business 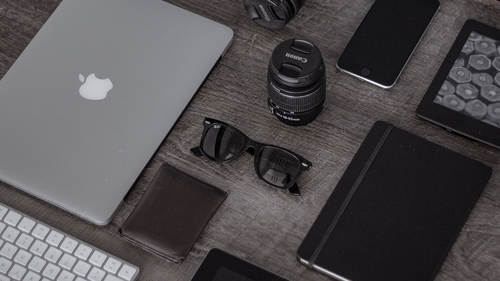 Business > Setting Up Your Photography Business > Bonus Video: 3 Ways To Keep The Government Off Your Back

Lesson 2 from: Setting Up Your Photography Business

2. Bonus Video: 3 Ways to Keep the Government Off Your Back

I'm Craig Heidemann. Here's three ways to keep the government off your back as photographers were likely to maybe get on the government's radar in the area of sales tax. Now you've probably heard stories from other photographers or videographers or creative professionals, where they've gotten letters from the government saying, Hey, you've never paid any sales tax. We think that you've made this much money last year and we'd like you to write us a check for $3000 plus $5000 in penalties and interest, and you can go ahead and send that in in the next 30 days. Well, nobody likes to get that letter and is an attorney. I don't like having to help clients with their problem, but it's easily avoidable in the easiest way to avoid it is drum roll. Please collect sales tax. We, as photographers think that we're going to compete with our our competitors by saying, Hey, you know what? I'll come shoot your wedding and I won't charge you any sales tax. Well, that's great, But when the government co...

mes knocking on your door and it's time to pay up for what you should have sent in in the first place. Your clients not going to be there to make it right and say, You're right, you should have. I should have paid the sales tax. I'll go ahead and give that to you so you can send it in. That's not how it works. It's all on you and the sales tax. Let's say, if you were in my taxing jurisdiction, what's about 6%? I charged the sales tax on everything because I have to go do the work to create the album, to create the prince, to create the disk to give to my clients. And so I charge it on the whole deliverable. I don't piecemeal it out. Now, some photographers will say I shouldn't have to charge my sales tax on charge sales tax on the album and the services. I'm gonna divide it up. I'm gonna proportionate why, when you get audited, the government is not gonna let you do that. So make sure that you charge your sales tax on the entire amount that your client pays for the delivery herbal. The second thing is use tax, You might say, Um, I don't have to pay sales tax on things that I by out of state be a nature adirama in New York, if you by those in New York. If you buy those in Florida, you don't have to pay New York sales tax on it. But when you bring them into Florida or in many of the other states in the United States, you Oh, use tax on that and you have to file an annual use tax return. Now the state governments are onto us. Photographers in not paying are used tax because in 2009 the State of Florida sent a letter just two photographers, and they said, We understand that you probably bought equipment out of state and we're gonna give you a chance. Teoh, follow the law and you need to declare everything that you bought in 2009 and you need to pay the tax on it. And if you do that in 30 days, we won't come on at you. Now that just went out to photographers. So they targeted us, our industry, because there's so much out of state sales of equipment on. And they knew that in the economic downturn that they could generate sin taxes by targeting photographers for those large big ticket item purchases that we tend to make. So make sure that you file your annual use tax return in your jurisdiction. Now visit with your accountant or bookkeeper to find out exactly what the requirements are. But don't be the ostrich and put your head in the sand and pretend that it's not gonna be a problem, all right? The third thing is, the third thing is, we're gonna talk about the self employment tax. We as photographers or self employed and self employment means that we owe both sides of the bike attacks. That's the Medicare Medicaid tax. So normally, when we work for a wage at a someplace, making an hourly wage, we pay about 7.5% for our employees, sharing the employer pays and number 7.5%. But we, as photographers for 2013 have the privilege of paying 15.5% self employment tax on all of our income. Now there's good news. Ladies and gentlemen, we only owe it on the 1st $113,000 of our income, Huh? About that. So what that means is it's a pay as you go tax and we have to pay that along the way. And if we don't will get audited by the I. R. S. So make sure that you pay your self employment text now. That's also important because that's what gives you credit for Social Security. You don't want to get to retirement age and have been self employed your entire life. And have the government say that your Social Security payment when you retire US $10 because you avoided paying into the system as you went. So the self employment tax is super important. So those three tips sales tax use tax and the self employment tax will help keep the government off your back.

This course was awesome! There is a wealth of information shared from both a photographic and legal sense, covering all bases of the need-to-know for your photography business, both for new start-up and the duration of your day-to-day business needs. Federal and state regulations, contracts and legal implications are discussed in an easily digestible way. I learned a great deal from this course and hope Craig entertains the idea of teaching more Creative Live courses in the future.

Such a wealth of information. I only wish it was longer so I could soak up more information lol. Great course.

Excellent course. Craig is very well spoken and provides comprehensive yet easily understandable material. Very relevant and up to date. Near the end of the session Craig discusses an optional DVD with 25 business contracts that he wrote which can be bought online if desired. I immediately purchased the DVD extra because I know I want Craig to be the one that crosses all the Ts and dots all the Is in for my contracts.