}
Skip to main content
Catalog > Photo & Video > Portrait > The Art Of Body Language In Portraiture > Shoot: Bring It All Together 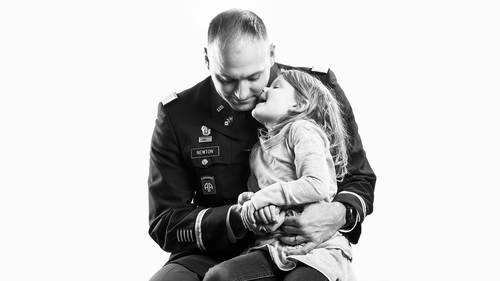 What'cha got? I brought my flying helmet. Let's see. And my, you've seen one of these before. Have I? Have you seen one of these? Oh, lovely. Uh-huh, yeah, good stuff. So you have a flying helmet? Yeah. For people who don't know what a flying helmet is, why would you have a flying helmet? Well, when you're in a plane and you're pullin' G's and stuff like that, you wanna have that on, and plus to communicate, and you don't wanna bop your head, or whatever. Okay. So, yeah. Good stuff. So, what did you do in the military? Combat camera. (impressed voice) What?! I was a aerial combat videographer. Which is just a fancy way of sayin' the military threw me in anything that flies and gave me a camera and say, "Hey, take pictures while you up there, tell us what's goin' on." So. All right. And now you live here in Seattle? I live in Tacoma. Tacoma. How far of a drive is that? Okay, I live in Puyallup, but I'm born and raised in Tacoma. (audience laughs) An...