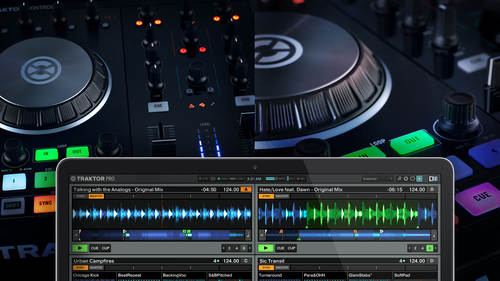 So on top here right now, I'm displaying my clock since I was going over tempo but conveniently aiken switch to my effects unit by selecting fx kind of like the tv station right over here I could have been on my audio recorder, which is very self explained toward so we won't review that and the fx there's two different types of effects inside of tractor one is called a group effect a group effect will give me three different effects with one parameter that a control for each on the left hand side at my dry, wet dry means there is no effect on the signal it's a dry, clean signal coming from the track deck out to the mixer and then wets means there's a ton of or not a ton but it's increasing so dry none wet a lot we're in seattle, so we'll just keep this all the way up wet and then the right hand side I have a single effect or a I think it's called single right like I call it an advanced effect but uh let's call the single effect and the single effect will give me one affect choice but t...