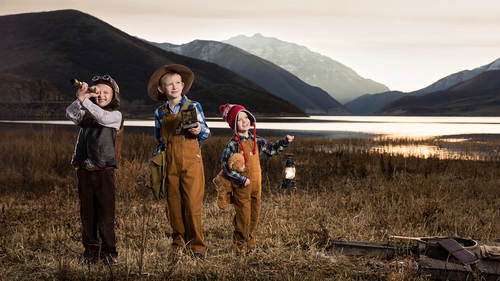 2. Unlocking the Potential of Your Photo Archives

So the first thing we have to figure out is where we're going to get all this stock photography from. And I can promise you that all of you already have a whole bunch of photography that could be doing something for you other than sitting in a hard drive somewhere where you don't know where it is. All right, so that's your portfolio. And in their portfolio there are great images from travel there. Interesting Children's images, funny pictures, all sorts of stuff that you could be using. Textures, uh, you know, just clouds, Uh, interesting places, buildings. All this kind of stuff could be used for stock photography. Now, there are people out there called designers that air either designing magazines, their design magazine advertisements. They're trying to design Facebook advertisements. They their they're tasked with designing a lot of stuff, and they need content. And you could be providing that content with stuff that you already have. If you'll just go back into your portfolio and f...

This is a very good "beginner" course. Jared uses excellent and creative examples to nail his learning points. He offers up solid nuggets or ideas in how to develop your workflow. I really appreciated learning how to use Adobe Stock to research and develop keywords. Definitely recommend this course for people thinking about or just starting out in stock photography.