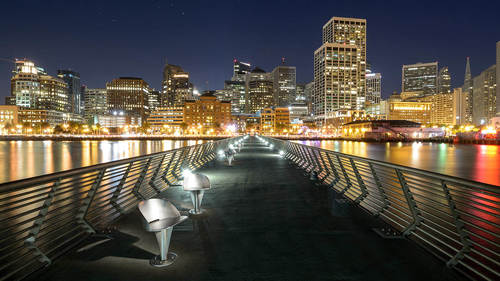 So let's start off with the Milky Way. Ah, lot of times what we're gonna want to do is instead of doing star trails like this, which is really fun, and I like to do them often. Sometimes we just want to capture just the stars themselves. And in this case, that's what I have done. I've just captured just the stars. And this is, um this is the Milky Way, with some clouds coming over going to the Sun Mountain Glacier National Park. You can see this is a 25 2nd exposure at a very high eso of 6400. And that's the way we're gonna capture those stars what we call star points and you can see that I am. I had a very wide open aperture. So wide aperture of 2.8 25 seconds. I s 0 6400 that enables us to stop them dead in the sky without trailing, and it also allows them to have a little bit of light. But in this case, what I wanted to dio was I wanted to capture the stars, but I also as I was capturing shot after shot, there was some vehicles coming up through the scene. So here was the original s...

hot, and that doesn't show any light at the bottom or any kind of detail or depth in the in the mountain itself. But when the cars came by, things changed a little bit And the cars running up the road kind of outlined thes thes trees and same thing here, car little further down the road outlined these trees. And so I want the mountains to look like this, but I want the sky toe look like that. All right, so let's take a look at how we developed thes three images. I'm gonna press d to go into my develop module and you're gonna see for this one I have actually changed my exposure and brighten it up a little bit. Let me double click on the word exposure that brings it back to where it was. And when I hit Command Z. That's how I said it. So a little bit brighter. Now if you shoot your camera in daylight White balance. Even though you're out in the middle of nowhere like I was here in Glacier, the sky is gonna be less than shall we say stellar. It kind of looks grayish. Now some people really like that look, and there's nothing wrong with it for me. I like my sky to be a little bit more blue. So I brought my, um I brought my temperature down to about 3700 which is pretty common for me. 3800. Right around in that area is what I tend to shoot my skies at. That gives it a little bit more of a blue color rather than a gray color. Again that subjective though, all right. Now, in the next image, this is as shot. So this was on my daylight setting and could see instead of 32 hundreds at 5200. And the reason that I'm leaving that this way is because the warmth of the of the cars coming up I want to keep that warmth. I want the bottom part of this frame to be warm in the top part to be cool. So we're getting that color contrast out of the image on. And then the next image, same thing. I left that white balance here at 50 to 50. So that was my daylight, um, setting So my goal is to open up all of these photos into photo shop and blend them together. And you can see why I made this one, obviously the cool one, because these others had clouds that were coming in and obscuring different parts of the Milky Way. Okay, Now I'm gonna leave this blue as it is for now. Ultimately, however, I may want to de saturate that while I like the blue, I don't like it to be too terribly, Balu. Sometimes it oversaturation tends to look a little fake, and we're gonna try to avoid that. All right, so the first step is to put all of your images together into one file inside a photo shop. So what we're gonna do is we're gonna grab these three images, and we're gonna go up to photo edit in an open as layers in photo shop. And what that will do is it will make a copy of each one of these raw files. It'll create a tiff, and each one of those photographs will then be placed in tow, one file within photo shop, and then we're gonna start toe layer and blend them together