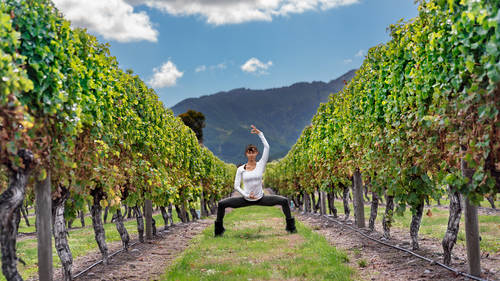 We're going to talk about advanced masking. Advanced masking just means advanced selections because selections and masking really mean the same thing. If I ever say selection, all I mean is that I've isolated an area and when I did, the result had little dashed lines around it, that's a selection. If I take that same selection and attach it to something or save it somewhere, well, then it no longer looks like little dashed lines. Instead, it looks like a grayscale image the same width and height as your document where an area that is white indicates what used to be selected and an area that is black indicates what was not selected, and that's a mask. But it's just a stored selection or a selection attached to something, like a layer mask, so selections and masking go together. Well, let's jump in and start masking things in Photoshop. Now, this session is called Advanced Masking, and therefore I'm going to attempt to do some images that you might not consider to be easy. For instance, ...