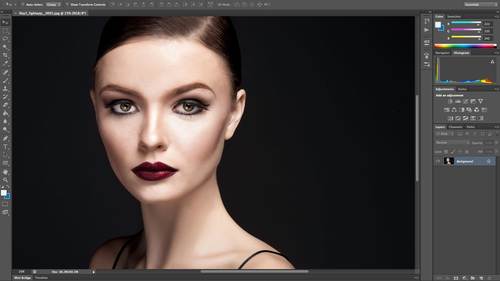 What? I'm trying to share his things that I wish I would have known, what I was learning, how to retouch and when I was learning about things like liquefy so liquefy isn't just moving pixels, but there's also a couple other tools available, so I'm going to give you an example of this image a shot it is that a workshop that I taught in san francisco and so let's go ahead and go to liquefy, and so do all these examples the girls don't really need liquefy, but honestly making, shaping, giving her more defined waist. All right, so I've opened up local fi filter local fei and the tool that I use most often it's here. All right, so I'm gonna come in and I'm going to liquefy what happens happens what actually happened is that background there warps, and so if they're straight lines and this is the example when maybe there's offense or words or whatever in the background on my sister and I when we used to go to the grocery store together, we would always laugh of the tabloids where you could s...

Lindsay Adler is an incredible example of a modern photographer. I hear a lot of photographers say that they prefer to do things "their way" because Photoshop is "just too complicated". It's like saying "Keep walking as driving is too complicated". When you see a really talented photographer like Lindsay Adler or Joel Grimes get behind the wheel and effortlessly complete their vision for a project it's really inspiring. This video is fun as it's advanced and she just dives right in. So if you've got to "decent" at Photoshop, strap yourself in and go to the next level in just 90 minutes.

Lindsay Adler is an awesome instructor and very good at what she does. For $20 this information is worth it if you are a beginner. I would have rather purchased the entire course than this 90 min video for $20 though. Feels like I'm missing out on more. Overall, I'm happy with the content.

Lindsay Adler is a great teacher. I have watched this class several times, and picked up more and more from it every time. I had purchased her basic retouching class, and have been getting a lot from it. I wanted to learn a little more, and so purchased this single class. I'm glad I did - while it is only one class, there is a lot to be learned here, and she conveys it well. She is one of my two favorite instructors!