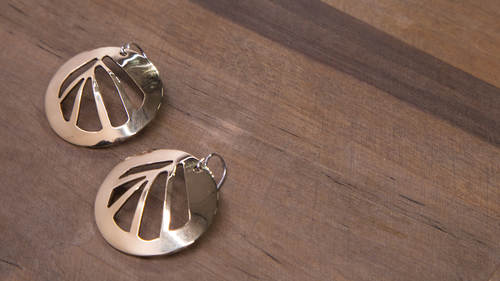 It's a work around for this obviously this is all a sort of fairly large expensive piece of equipment is there a workaround if you don't have the full uh torture eso you can use a um but you know a plumber's torch those like simple torches oh, here we are that you find in a in a hardware store this is straight propane when you're working this small yes, you could definitely use that if you're around this this will be the biggest size you could use a criminal a torch let's say ok, um so here's our igniter but there are multiple purposes if you don't want to have a full tank set up um so to ignite the gas for turning on the red valve here slight turn looking right in front of it is that spark I'm gonna add my oxygen and I'm just going to start heating the metal half the torch about an inch apart inch away I mean, from the surface of the metal it's going to start to change color and that's how you gonna know it's reached the temperature that it needs to be at using the plane's ready to ju...

Earrings are an essential accessory and a fun piece of jewelry to make – learn the basics of metal work in Beginning Sawing & Piercing for Jewelry Making.

You’ll learn the basics of metal earring production – from printing a design to annealing your metal. Bonnie will show you exactly what it takes to transform common metals into a finished product.