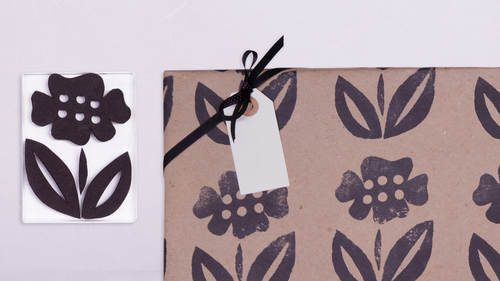 On to making the stamp so has anybody seen these like foam sheets that craft stores they come in different colors they're usually in the kids I'll these ones in particular have ended he said back to them and so they're actually really perfect for stand making because I can just take whatever mounting block I have I've gotten acrylic base here and I can stick that onto my would block but first I need to come up with a design so another thing is if you want to just get really really simple you can buy these a piece of the same type of and he's a phone material in pre cut shapes on they come in little bags so here's like hearts you khun just you know peel off that he said backing and mounted to your would block and you've got like a ready made stamp we could mount you know the hearts and a little pattern or whatever you want but I want to make my own design so I'm going to start with the larger sheet and you get comfortable and let's see I am going to get out a piece of scrap paper pencil...