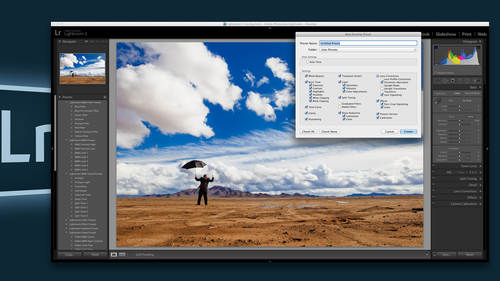 Jared platt is a photographer. He does wedding in lifestyle work out of arizona he's, an instructor who has been here on a number of times, he's a light room guru and is just going to break it down for us. So who's just taken away taken away well today in the segment, our goal is to discuss presets and I am a big big fan of presets. In fact, pretty much everything I do in the developed module is either done by presets or it's done in the basic module, so I do a little adjustment bring my images to normal and then I work on presets because presets are the best way of automating the process of getting the work done. The more clicks you make in light room, the longer it takes for you to do something and we want to do less clicks, therefore we use presets. So today, during the segment, we're going to talk all about building really great presets. We're also going to discuss some other presets like curve presets. We're going to discuss camera calibration, presets, things like that. So we're ...

If you have seen Jared Platt talk about presets, it has already changed the way you work in Adobe® Lightroom®. Now go even deeper into Adobe® Lightroom® preset creation and learn how to make the trickiest presets that will make your images truly unique with the click of a button.

Another great class from Jared Platt. He thoroughly reviews the creation, placement, and removal of LR presets. Plus he includes his Everyday Favorite Presets for those who've purchased his class - what a fantastic bonus!