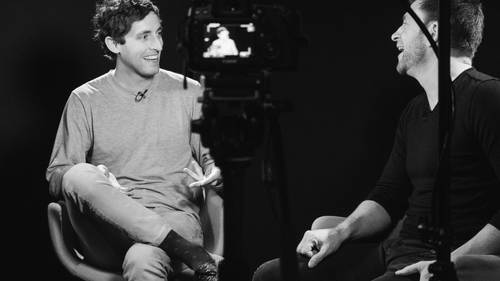 Celebrating Your Weirdness with Thomas Middleditch

Silicon Valley is the only TV show that I watch religiously, due largely in part to its authentic portrayal of the startup world that I have one foot in the door of. Thomas lives the same authenticity and isn’t one to shy away from removing the glamour from working in Hollywood. Whether you’re founding a startup, working your way up the rungs as a comedian, or trying to double your client base, you better remember to enjoy what you’re doing to get through the tough days.

Thomas Middleditch is an actor and comedian best known for his starring role on HBO’s Silicon Valley where he plays Richard, the struggling startup founder. He started his career doing improv theater for the likes of Second City and UCB, and certainly showed off his improv skills during our conversation.

Thomas Middleditch is a Canadian actor, comedian, and television writer, known for his role as Richard Hendricks in the HBO series Silicon Valley, for which he was nominated for a Primetime Emmy Award for Outstanding Lead Actor in a Comedy Series.
SEE INSTRUCTOR'S CLASSES