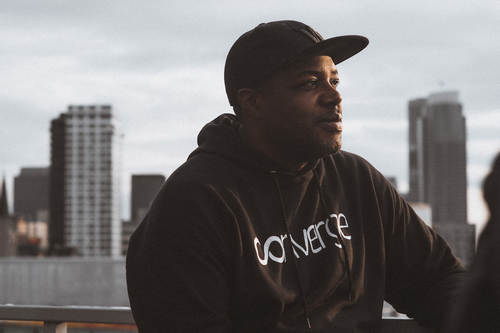 Yeah. Hello, everyone. And welcome to Creativelive. I'm your host, Ken Klosterman, and I am here for another episode of Creative Live TV. Today we are filming another episode of our podcast here. Creativelive called We are Photographers where we take you behind the scenes behind the lives with photographers, filmmakers, industry game changers and find out their stories. There is something to learn from everyone's story. And, man, you got a lot to learn and get excited about. Today with today's guest. His name is Omari Salsbury, also known as Obey. Go the Big O And he my goodness, he is of the He's the CEO and founder of CONVERGE Media. We live in Seattle, and if you live in Seattle, you definitely know Omari. But I know he's got followers from all over the world. Um, he has been at the forefront of citizen journalism during the Black Lives matter protest here in Seattle that has gone viral all over the world. And he is also the son of the first black tone photography studio here in the...

Omari Salisbury is the COO and Founder of Converge Media, a leading producer of content for Black and urban audiences. The son of the first Black-owned photography studio in the Northwest, Omari hails from a long line of visual storytellers.
SEE INSTRUCTOR'S CLASSES