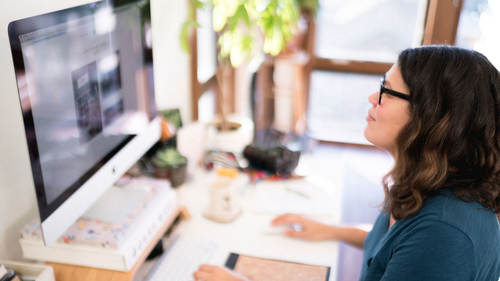 So here's an example. This is a photograph that started off in Camera Raw and based on the lens I used, it was, let's see if I can, I guess I can put it back to, yeah. So here's the default, and because of the lens it just looked a little awkward. It didn't look like the perspective was quite correct, so Raw has this nice option called transform upright where you can say there, that looks better, but then you'll see it's got these areas, anytime you see checkerboard in Photoshop and Camera Raw that means nothing. So in order to get the church looking the right way, it's left these big gaps. So I'm not gonna bother trying to fix those in Camera Raw because it just would be not very easy to do so. So that's how it came in. So I need to basically fill in these areas somehow magically with more information, and that's where content-aware fill comes in, but here's the problem. Because this came in as a Camera Raw smart object, it's considered, remember that whole idea of a smart object is t...