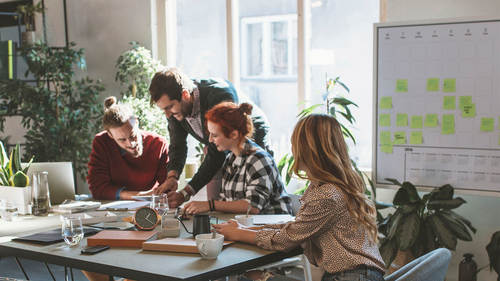 We don't experience ourselves the same way everyone else experiences us in these crucial communications moments, and volume is a place where this gets to be really true. I work with clients all the time who say, really, I feel like I'm yelling, you want me to speak more loudly? Or, wow, I feel like I'm whispering, can you hear me? So, here's a quick example. Gosh, it was 11 years ago, I was giving a workshop at a company up in the Portland area and I had a woman in my class who was, like, very senior, really articulate, and ran a big portion of their internal council business, just all the legal, right, and she talked about some pretty serious matters, and it was her turn, it was a class, a skill building class, where it was her turn to get up and we did kind of this thing, so she gave her, she had big blonde hair, and a very strong presence, physical presence, and she started speaking and she was just like, we all were, what, can't hear you, so we tried to bring her, I said, double yo...

Getting ahead in an organization requires a lot of different things—from working hard to making connections to being at the right place at the right time. But one of the most important aspects of career advancement is having strong communication skills.

Being a compelling communicator helps you stand out from the crowd, gain influence, be seen as trustworthy and get invited into new networking opportunities. But how do we increase our visibility without being perceived as a grandstander? And how do we communicate effectively while remaining true to ourselves?

Renowned communications strategist and coach Dia Bondi will help you develop your reputation as the go-to communicator in your organization by showing you how to not only say the right words, but deliver them from the heart.

This is a super helpful class! It helped open my eyes to how to communicate better just by changing the speed and volume of how I talk, as well as paying attention to the beginning and end points. She is easy to listen to and follow, both a good teacher and speaker. I loved the exercises she did live with the audience members, and I felt a lot of their feedback was helpful too. I liked her teaching style, and I could definitely watch her for a 3 day seminar if I had to, but luckily this class is short, concise, with no fluff and very helpful.

Dia's style of coaching is fantastic. Its not a one size fits all approach and she is skilled in relaying her feedback in a way that is incredibly constructive and supportive. Dia's energy is genuine and sincere. It's her personality and presence that kept all of us engaged and wanting to learn more.