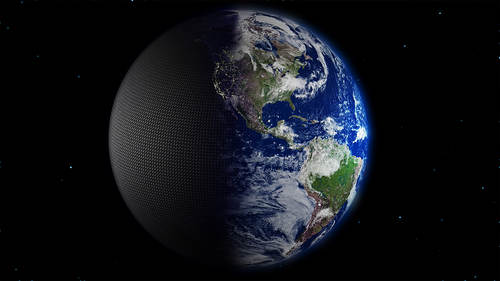 Creating a 3D Brick Wall in Photoshop with Depth Maps

Imaged Based Lights and Creating Shadows and Reflections

- Let's talk about applying materials to this cup. Now, I'm going to close the tab that contains the vector shape since we don't need it anymore and this is going to work just like all the other 3D objects that we've been working with. You can apply a material to any of the shapes. Now, one thing that you got to be careful is when you're creating 3D objects with the pencil, you may end up with a really weird UV overlay and I'm not really sure how this is going to look like but I'm going to go and click on edit texture, I'm going to press OK. And that's what the texture looks like. If I click on UV overlay, and let me just disable this, that's sort of what it looks like. So it's a little weird. So I'm just going to save it and I'm just going to paint it red and just remove this texture. And actually, I think I have the inflation material, I just got off. The thing is is that usually you're dealing with the front inflation material and now we're not. So now I sort of got to figure out wh...

This would be SO much better...if in a long form class to go a bit more in depth on all these concepts he's teaching. Great teacher, FANTASTIC material, but would be so much better over 2-3 days on all this!! Please bring him back for a LONG form class! This is a good start tho....

Great lessons! I highly recommend this class, very informative and distributed in really nice way that makes the learning process so easy!

This is a class to purchase because there is so much rich information. So nice to have a master in Photoshop to show tips and tricks on creating 3D objects. Thank you Jesus for sharing.