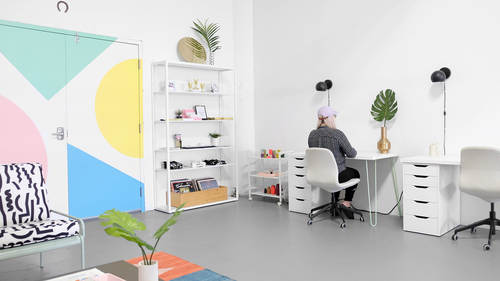 What is an Authentic Design Career & Life?

Creating a Life's Purpose to Drive Your Career & Life

A New Way to Approach Your Life

Let's think about what we should be doing with our social media presence, okay. So our social media presence obviously from now on needs to fulfill our life's purpose. So before you post anything think, am I fulfilling my life's purpose? Yes, no. If no, maybe don't post that. Maybe it's not actually helping you or showing who you are to the world. Maybe that's just gonna be that kinda fake, curated content that we wanna stop doing. Your social media presence should represent your unique personalities. So it should show off who you are. Show yourself off to the world. So it should show off the highs and the lows. Everything that makes you special and different. That's what's gonna make you really attractive to other people and magnetize good feelings and good energy around your social media presence is being yourself. People are gonna be really excited about that. And it's gonna be really refreshing. And you're also gonna inspire other people to be themselves on social media too, which ...

I just absolutely love Meg's style. Cheerful, fun, unapologetical... And her insights really helped me have a clearer vision of where i want to go, how i want to travel on life's path (so poetic haha) and be PROUD of who i am and most of all, what i do. Even though i'm not your average creative girl. LOVE THAT. Merci beaucoup, thanks a LOT Meg. And YES, do yourself a favour, buy this class !

i love this class. I was inspired, encouraged and applies the information to my life. learning what makes your unique and special should be law. This was a refreshing and fun loving course. watch this and enjoy

Meg's class was really pivotal for me at this particular stage in my career. Traditionally I have been taught to be a jack-of-all trades in order to be employable. While this does work for a lot of people, this put a lot of the power balance into luck and timing (is there a slot open for you in a competitive market, or a company?) because it's hard to stand out from the crowd if you are just a set of hands. Meg's class encouraged me to dig deep and figure out how I could be more than a set of hands and how my unique personality traits can actually be used as part of my personal brand. This is so refreshing since I have always been worried about how I can fit into a company, but instead, I can think about how to broadcast my particular style and brand so that the clients that are looking for ME, can find me! This is a great class for people that want to live in a more holistic way where you can blend your work with your personal interests and beliefs.