Lesson 10 from: Editing 360 Degree Photos in Photoshop & After Effects 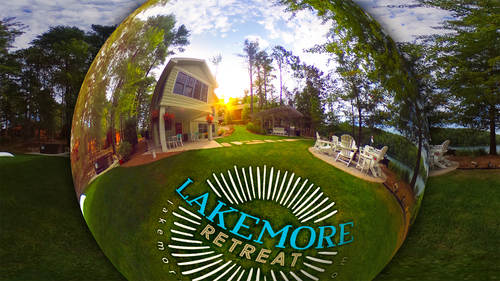 Lesson 10 from: Editing 360 Degree Photos in Photoshop & After Effects

So now we’re ready to create a new After Effects file based on our newly modified spherical panorama. Save your changes from the previous file and create a new project. Import the modified file, create a new composition and save the file. Now we can add our sun. We’ll be using the plugin CC Light Rays.
Show Transcript

A Brief Intro To After Effects

Replacing Tripod From Bottom Of Sphere

So now we're ready to create a new after effects file based on our newly modified spherical panorama. So let's go back to After effects. Now we could add another composition and do a whole series of edits inside of this current file. However, I think it's a lot easier to just work with a new project file. So this will be the project of our modified spherical panorama. We're going to create another one to do all of our enhancements. So inside of after effects to close a project, we come up to the file menu and come down and choose clothes. Project save changes, We're going to say save and after effects will default back to a new untitled project. So to begin our new project, let's come up to the file menu. Let's come down to import choose file in the retouching folder. Let's select like more retreat, modified thought PSD. Let's open that. We're gonna bring this in his footage, merge layers, click OK, now we have the project linked in the project panel. Let's click and drag and create a ...

Chris has over 25 years of experience in graphic design, interactive and animated media, with a unique focus on both design and development.<br>
SEE INSTRUCTOR'S CLASSES

In Lesson 8 I would highly recommend grouping the layers into a folder named "Components," then duplicate it and turn the duplicate into a smart layer. Then rename the smart layer "Composite," or something like that. Then turn off the group of layers leaving only the composite layer displayed. This way the files remains editable for future lawn/image cleaning. The way the instructor did it would delete all of the layers for potential future editing.