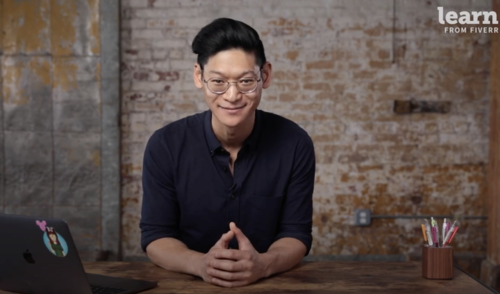 let's put all of this together into the final advanced functionality. They're called drip trees. It takes all of the drip automation, but it adds additional options. What does that mean? Essentially you've already had these predetermined emails that you're going to send the users, but instead of it being linear, one after the other, what you have is options depending on what the user actually clicks and opens. Their next step is going to be different. So if I have an email with one card being pants and another card being shirts, if the user clicks on the pants card then they'll start receiving more messages about pants. Whereas if they click on the shirts card, they'll then receive more messages about shirts. So that's what I mean by it's not one single line, but it branches like a tree and that's why it's called a drip tree. We're gonna go set this up in the platform in the same automation part we've used before, but adding additional templates and logic. This will also again require ...

you to use U. T. M. Codes to determine how the robot knows what people actually interact with. So, to create an onboarding drip, we need to hit creek campaign again and then email and what we've done is used regular as well as a B test, but we will use the third option which is automated, there's 1/4 but we're actually not going to use it in this course. So please click automated and then so many options, what we want to do is welcome. Amazing that Malcolm has this as an example here. So we'll choose that, select a list for it begin and now in this list you have at least one email. So what we need to do is create an entire series. We've talked about five emails in the series and again you don't need five emails. Exactly. You could use more, you could use less. It really just depends on what you think is best. I think five is actually a good number to start with if you want to do less than I think three because you at least need a welcome A C T A and then something in between to get them from point A to point C. I have to use click, add an email and then another email and then another email and then another. So we have five options. Now you have the first. Welcome the second one, the third, The 4th and the 5th. And within this overall navigation, let's look and dissect it. You have one day after subscribers join your list. Listen to the welcome email, I actually kind of want it immediately. So I'm going to choose that and then you can change the trigger right now, the trigger is just that they subscribe and that's perfect for a welcome email. Next you have well after that first one, when should they get the second one? Each of these by default goes one day after each other but I want to change that. So let's say, well we think that it might be a little much email this one day after. So let's do two days we update this. So two days after subscribers are sent the previous email and then we're like, well after they get that one is fine, change this to perhaps to as well and you can do that for whatever you want. Generally drips should not exist for too long. It really depends on the user journey. So for example, for an e commerce company, usually you only need a week to onboard the user. Whereas at Kickstarter, for example, when a when a new creator is trying to create an overall campaign, this can take months. So therefore the welcome campaign might actually have different help materials that are sent week over week knowing that the journey is very long. Really depends on your own schedule in your own journey. So what you do here is designed each email separately. This should look absolutely familiar because we've done this before Female one. I'm just going to get through this. No one preview tax and again you have the tag for it. So this says automation one. I don't think that that is descriptive enough. So, um oftentimes what I'll do is actually just add in the segment name, then we choose the actual template again. And when you're done designing the template, you just repeat this for every individual option that you have. It really is just this simple because we've done all of the hard work by already designing the template for the emails that you want to send out and I'm going to delete this one and even continue. Excellent. And when you're done with this you would hit save and then first though send a test, this is really great to do because you want to just make sure it looks right. So you can always send a test to any email address. I'm going to send the test. Great. So I go to my inbox and I see the test email and it has this email we kind of hastily made and it shows you everything that we made. Great. It looks how we designed it. So that's great. But um you need to just check if there's anything that's broken a B testing checkpoint here we come. So what I want you to do is use the A B testing worksheet that you download at the beginning of this course and input information into the cells that are available where you're going to do is lay out the variables for your a B test that you'll eventually put into the platform and that will get you to the best optimization possible. So very specifically put in the individual variables as written descriptions into the cells and in sequence as well. So this should latter up with everything we've done before including trip campaigns and welcome emails