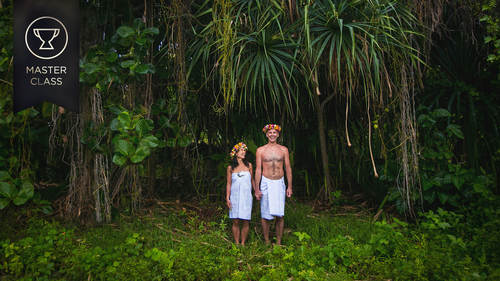 We're so excited to be your awesome we are live live for having us where they are always audience today our students for being here today I was everybody good good wear the callaway's before we get started we want to say that there is a right way of doing things there's a wrong way of doing things and there's certainly the calloway way of doing things you can laugh appreciate it so brian is that he's like the ten joke guy? You have to get through the nine really bad so that was that was probably a bad one the singer so usually it's worth it I think there's gonna be a lot of laughter today we have one more bad joke. Uh if you guys ever need to get ahold of us after we're just a call away that's right as well last fight on from way but we have a lot of great content and crafting the content today we realize that a lot of it is great for anybody who takes photography of people who does photography of people for wedding photographers. If you photograph people, this is a great class for you...

Celebrate the unique magic of each client. In Extraordinary Engagements, Brian and Allison will share their secrets for capturing and conveying the energy of their subjects in every shoot.

Brian and Allison will teach you how to empower your clients and help them co-create a conceptual and themed shoot that truly celebrates the thing that makes them special. From fashion shoots to period pieces – Brian and Allison will discuss how they find the idea, produce the shoot, ease the nerves, and deliver the final product. And how that approach can substantially increase studio profit.

Learn how to create truly inspired photographs for your clients. Tune in to Brian and Allison and learn how to make your bookings – Extraordinary Engagements.

I just caught up with this class today and wanted to say how great I thought it was. I have watched a LOT of CL classes and I love Sue Bryce and Susan Stripling in particular and Brian and Allison, I feel, are in the same league. Totally watchable, they come across as lovely genuine people with successful businesses and they gave a lot of great information. I feel a couple of the classes I've watched so far this Photo Week didn't really deliver what they promised but not this one! I loved it. Their interaction with their clients was great and I already knew their work from other sources but it was really good to see how they approach their engagement shoots. I most definitely think CL should have Allison and Brian back to do another class - maybe a three day wedding related course. Their work is excellent and they are great teachers. Thanks so much. Lynne

What an awesome course! It was engaging and fun to watch them in action. They gave me a lot of great things to think about and was left feeling motivated and inspired.

This is such a wonderful class. The Callaways are super fun to learn from, and I really appreciated that they brought a formula of different "looks" to achieve for each engagement session.