Lesson 3 from: FAST CLASS: Get Started with Lifestyle Family Photography 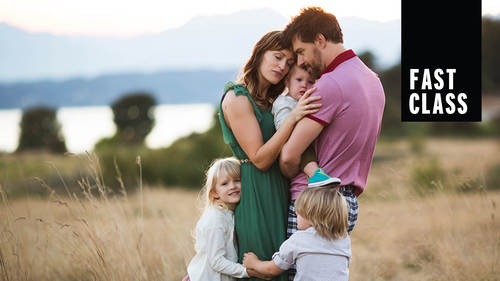 Lesson 3 from: FAST CLASS: Get Started with Lifestyle Family Photography

So, we have to talk a little bit about the basics. Now I am not here to teach you the technicals of photography for many reasons. One, I'm not good at teaching that. I don't shoot from a technical standpoint, as you can tell I'm like a super like lovey-dovey person. I teach from a-- I shoot from an emotional standpoint. But we do have to talk about the basics and if I don't talk about 'em we're gonna, people will be like confused. So, one thing that people will often wanna know is what my gear is. So I'm gonna tell you that I am a camera gear minimalist. I am not that person that's like out with the new lenses and like, I still have the Mark Three even though I know that there's a new body out there because I just really don't care about getting the next body like the camera is just my medium, it's just how I connect with these people. So I could shoot with the 5D Mark Three. I have three lenses. I have a 35 millimeter 1.4L, a 50 millimeter 1.2L, and a 135 millimeter 2.0L. What often h...