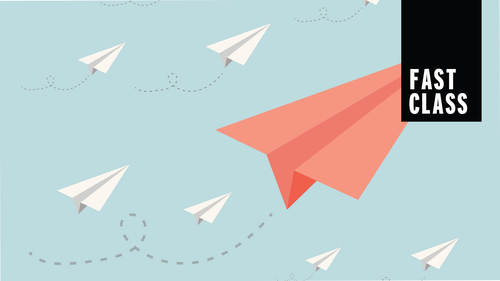 So I shared with you about our customer research process in my fitness pal and the customer journey mapping process at my fitness pal. We went to six cities, we talked to people, we talked to them in their homes. We went to the grocery store with them. Um and we asked some really general questions. First, really broad questions about what their number one obstacle to living a healthy life was. We often we um and then we narrow down as we needed to. Um Ultimately, we distilled some of the patterns that we heard them come back with into a customer journey map where we documented and understood their struggles, their successes, the individual stages of the, the universal stages of the journey from living in unhealthy life to live in a more healthy life where we inventory they're feeling as any emotions and things that got them stuck, the places they got unstuck. Um, the questions they asked and even their natural language phrases, um as you might remember, there were some surprising findi...

Branded content is everywhere, with more companies than ever trying to promote themselves with useful content that their customers want and need. Unfortunately, consumer engagement with that content is plummeting. It’s enough to make it hard for a marketer to get up in the morning.

But don’t despair! There are ways to fight this epidemic of disengagement and ensure your branded content becomes a regular stop along your customers’ daily journey.

This course will help you master your customers’ real-world aspirations by using marketing levers to trigger their progress and delivering content that can change their lives. Not only will you succeed in engaging your customers, but you’ll also rediscover your energy and joy for your work again.

Tara-Nicholle Kirke is the author of The Transformational Consumer: Fuel a Lifelong Love Affair With Customers by Helping Them Get Healthier, Wealthier, and Wiser.

She is the CEO of TCI, marketing, content strategy, and leadership development firm that creates transformational experiences for conscious leaders, businesses + customers.

Tara is the former VP, Marketing for MyFitnessPal and Under Armour Connected Fitness, where she led a team that grew the platform to over 100 million customers through brand, growth, engagement, content, and digital/social media, and media relations. During her career in Silicon Valley, Tara has created brand, growth, media, and content strategies for brands like HGTV, Trulia, ING Direct, Lookout Mobile Security, Chegg, Eventbrite, and many, many more.

She has been featured in The New York Times and was recently named the #1 woman Silicon Valley tech companies should be naming to their boards by Business Insider.