Lesson 1 from: Find Your Niche and Build Your Family Photography Business 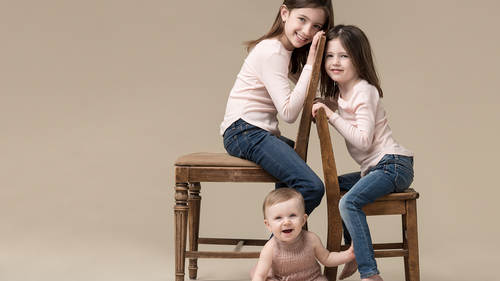 Lesson 1 from: Find Your Niche and Build Your Family Photography Business

Today's topic I'm super excited about, family photography. As most of you know, I do a lot of babies and newborns, but families, you kinda just grow into families, as you do more babies and newborns, 'cause your clients grow up, right? And the parents want you to be there, and continue to photograph their kids as they get older. So the transition into families was a pretty natural one for me. And I'm actually finding myself loving families more and more and more, especially since my own son is now at that elementary school age. This is him on the cover here. He looks bored out of his mind doesn't he? He was, he was, photographer syndrome. You know, photographer's kid syndrome, isn't that what they call it? But anyways, so again, welcome. A lot of you have come in from long ways away, and I appreciate you being here, so thank you so much. I don't normally do this, but I'm gonna start off on a little bit of a sad note, with a story. But I think it's a really important one, and one that h...