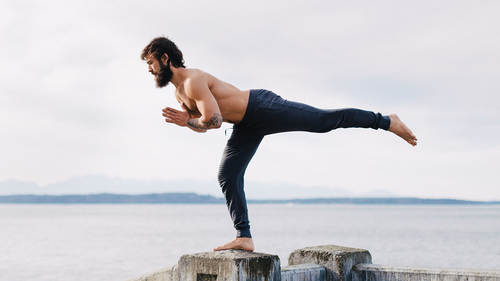 welcome to recover in this practice. All you need is your yoga mat and a blanket were new some nice, gentle movements to help you restore your body and prepare for the next day of training. When you're ready, let's begin. Let's start this practice in toes pose. So go ahead and just tuck the toes. Sit back towards the heels, get nice and tall. I'll show you from the side just in case you're unfamiliar. This is just stretching out the bottoms of the feet, connecting with all the meridian lines in the body. Taking a few breaths here, just allowing yourself to stay tall to breathe. This will be our most calm and really restored of practice of this series of classes, but they'll still be a fair mobility component to it. We don't just want to drop the body into these positions of stillness. We actually want to bring some activity to them. This is much more of a mobility focus practice than a restored to focus practice. But we're going to bring in the sense of ease to these movements. So you'...