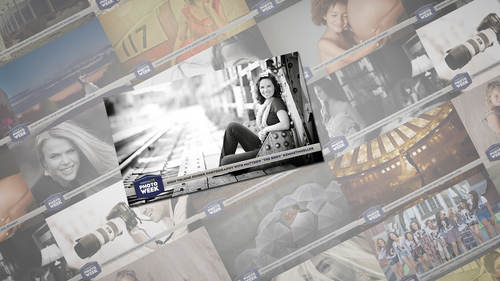 So I want to walk you guys through how we do our two minute retouch obviously this girl's like pretty hot so she doesn't need a ton of retouching but as we go in we're going to go with the spot healing rush oh no that's the wrong one here we have to change it to the correct to also going to go into our healing brush to selectively right below her eye and you'll see whether crosshairs they're picking from that's the skin that we're gonna drag under to get rid of the bags under her eyes now instead of working on another layer if you could control shift you're able to fade the last step you didn't photoshopped so we faded that back to sixty five percent were new another swipe under this eye feed that back to sixty five percent just saw from the bags under her eyes which admitted they weren't that bad but I want to show you how we do it she hasn't ebony's it so we're going to get rid of this road maschera bit here again with spot healing brush now we're going to go to our sharpen tool it's...

really, really easy toe over sharpen your images so you'll see that this one we're only sharpening at about twenty percent going and sharp in the eye go over hooking up and now we want to add a little bit more light in the eye so we're going to go to our dodge burn tool to brighten that up with the mid tones at fifty percent cool that's good zoom out all right now we're going to use the cambodia action dashboard to run in action called how well he's the son almost all my images brightens it up and doesn't contrast in color boost then we're going to do an overall sharpening action right now I was all of these actions run on a separate layer, but right now I'm going to flatten my layers using control command shift e when you go to a shelter and run parcher by image gnomic, which is an amazing tool so I have the mask on black black is where it's not affecting the image we're going to run that it's going to smooth her skin but now it's going to look like she has no pores so we're gonna use control shift f and faded back to like eighty percent for girls like sixty percent for guys so that's our basic retouch as I show you guys some of the stuff we do for like our mohr uh more artistic editing again, everything we do is based on speed so that's the before and after before after so now we're gonna run an action called a scene doubleclick it does surface blur and it's going to affect some of the colors and bringing some riel rich tones to our file and then we're gonna go in and run a vignette ing action on it with this action dashboard, you could always just take command. Zito undo the last actually do so. This vignette allows us to bring it in around her head, and we determined how jake in the star is go in, run it overall, I run it two hundred pixels overall. I thought this image got changed too much. It was too dark, but the action dashboard, it created everything on a separate layer, so I'm just gonna go into my layers and modify it, so we're going to take that then, yet about fifty percent oh, no projected to twenty, and I want to take the icing twenty four so you'll see that these image you're able to adjust the effect and that's how you do, like a two minute retouch because of your spending more time in this were going on your images. You're just wasting your time and you should get a new hobby or find more friends or go do something fun because photoshopped shouldn't be like a task. It should be fast, easy get it done. Move on to the next one, so thanks.

Join Matthew “the body” Kemmetmueller as he takes you through the marketing methods, shooting techniques and sales fundamentals needed to build a successful high volume studio. Matthew will unveil the studio workflow and sales strategies that have brought his business into the national limelight while maintaining a normal 40-hour work week or less!

Watch this course and you’ll walk away knowing how to create, operate, and market a high volume business.

Excellent course. I've learned so much. Can't wait to start applying some of these ideas. I really hope to see Matthew the Body's 8 hour Lightroom course on here soon.