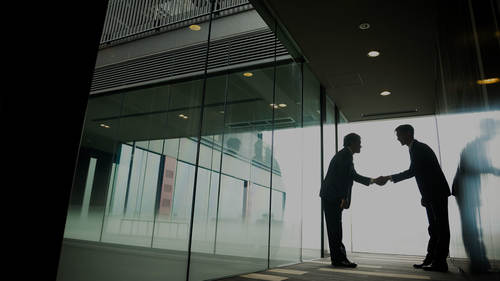 Let's talk a little bit about Crossing Cultures. This is going to set us up for thinking about international etiquette in ways that are significant. Often times when I am doing a business etiquette training, I do a word association game with the word etiquette. One of the things that I often hear when I do that word association game with an audience, if I let it go on for a little while, I'll hear someone give me some version of something they call the golden rule. The golden rule: treat other people the way you would want to be treated. Has anyone ever heard of the evolution of the golden rule, the platinum rule? Is this a familiar concept? No? Yeah, let me hear. Not exactly what I've heard the other way is like treat people the way they want to be treated. Absolutely. Treat other people the way they would want to be treated. I was giving a talk at a tourism and hospitality industry conference and there was a man who stood up and introduced me to the platinum rule. I've since deve...

Our work lives are full of opportunities for socializing, whether it’s a business lunch, a team offsite, an out-of-town conference or an office party. But beware of looking at these social situations simply as a way to have fun, take a break and blow off steam. In truth, they’re either opportunities to advance your career or get into trouble.

This course addresses the secrets of combining business and pleasure. It explores how you can use your personal skills outside of work to earn the respect of colleagues and superiors, win new business and clients, or secure a promotion.