Lesson 9 from: How To Take Amazing Photos With Your iPhone 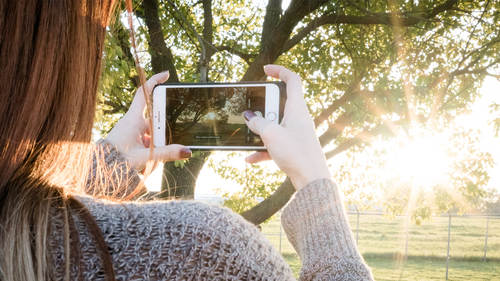 Mobile Photography > How To Take Amazing Photos With Your Iphone > Pano

Lesson 9 from: How To Take Amazing Photos With Your iPhone

So let's talk about panoramic photographs and there's a whole setting in your phone just for panels and a panel is a stitched photograph. What's happening is your cameras actually taking a whole bunch of photos as you move from one side to another, and then it's stitching them together in one seamless long photograph. For instance, let's say you're at the edge of the Grand Canyon and you want to take in the entire scope of what you're seeing or you're in a city like, say, New York City and you want to take in the entire skyline those air great opportunities for panoramic images as well as even inside if we want to see more than the camera can actually see in one shop. So let's take a couple panels and I'm gonna show you some of the intricate details on how toe work the panoramic side of your camera so that you get the best possible photos. First off, let me just take a photograph of this scene and show you some of the problems with panoramic photos. So we're just going to start here an...