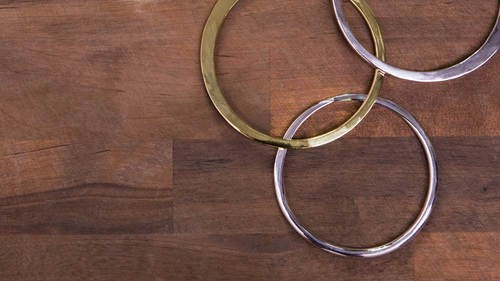 So to start, we're going to start forging the sky our start creating this shape so I want to hammer in a particular area of this piece and help kind of guide myself well, actually let's hammer this flat first, so I am using a plan ishii hammer to kind of start to flatten out this now play she hammers do come in different sizes um, you can if you're feeling ambitious and you think you can handle the hammer well, using a bigger hammer face in this instance is good because you can cover more area and also you can use the weight of it is better, so it's going to be more less physical force involved on your part to kind of get the job done, so because of the physical weight of the hammerhead, so if you have a larger and ville it's really great to work on steel block works fine. Um some people like tio actually recycle railroad tracks, believe it or not told d I y got to find those things make it work um and you can use that as your hammering surface to I'm just going to use the steel block ...