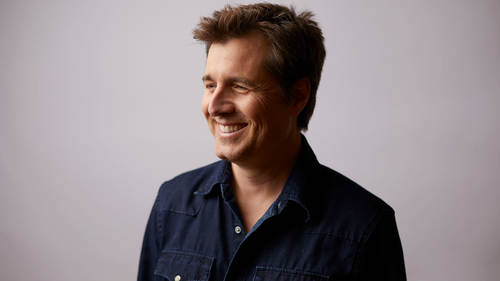 We love you. So when I welcome you to, Ah, creative live TV here and I am Chase Jarvis's The Chase Jarvis Live Show, where I sit down with the world's top creators, entrepreneurs and thought leaders and I do everything I can't unpack their brain. And today's guest is going to do exactly that. Before I tell you who it is, I will share with you that he is the co founder of an amazing company called to compete to create, um, a joint venture between himself. Mr. Michael Survey is his name, and ah, and the old Seahawks head coach, Mr Pete Carroll. This is a framework for high performance culture and mindset training for individuals and companies. Um, now, doctors survey. I had had the good chance being on his podcast, which, if you haven't discovered it yet, it's called finding mastery. It's an exceptional show. Talks will beside from me, but he sits down with amazing array of performers, high performers from so many different walks. He's been featured by CNN, the Wall Street Journal, ESPN,...

Dr. Michael Gervais is a high performance psychologist working in the trenches of high-stakes environments with some of the best in the world. His clients include world record holders, Olympians, internationally acclaimed artists, MVPs from every major sport and Fortune 100 CEOs. Dr. Gervais is also the co-founder of Compete to Create, an educational platform for mindset training.

In this episode, Michael helps us unpack & decode the journey to mastery through mindset skills and practices. If you’ve been a listener for awhile, you’ll know this is one of my favorite topics and something I wholeheartedly believe is fundamental to success in any field.