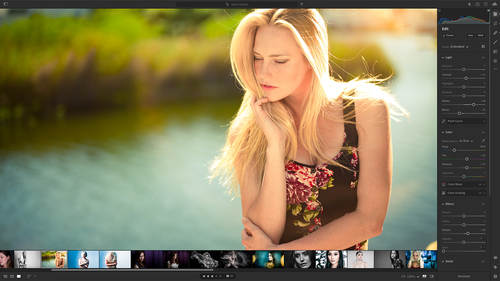 4. Organizing Photos in Folders and Albums

organizing photos in lightroom. It's pretty simple and straightforward and most of it is automatic. And so the two main tools we use for organizing photos are folders and albums and folders contain albums. And I've got this little bullet point here to help you understand that albums are used for sharing and creating things. We'll be doing a lot of stuff with albums later. And you saw when we added those folders that asked if we wanted to put them into an album. And so a lot of the functionality of lightroom happens in albums. So folders just contain albums. So let me show you on my lightroom that I have a bunch of different um folders here. So the folders are things like this. They're down here on the left hand corner. I have my Mark Wallace portfolio and then you see I have an album of beasts in the album. I have a bunch of animals that are here. And I have accidentally put this picture of the editing bay in that. That's okay. I'm gonna show you how we can manage that. We also have la...