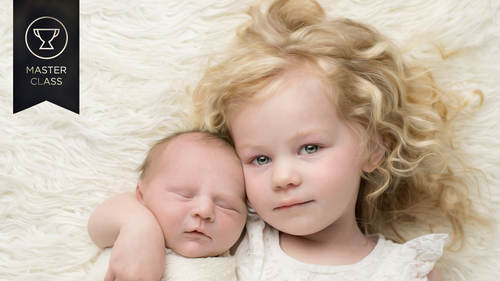 Getting them to book means using the right language okay language that connects and communicates it means relating it means the art of destruction providing service and inquisitiveness about them it's seriously like courting remember when you were recording your spouse or significant other it was all about them you want to know everything about them they were the most important you don't care about saying anything about you because they were so amazing right? You wanted to be all about them that's what your client should be about two putting their needs first connection affirmation, sincerity and authenticity you do not want to be fake about this guys don't be fake be really true to who you are open relaxed, calm and collected if you are reactionary or defensive that's the kiss of death by the way this is my little boy and his girlfriend o okay they've been friends since he's she's actually six months older than when he is he robbed the cradle she has known him since he was two months ...

As a baby photographer, your greatest challenge is attracting, booking and keeping clients which is essential for running a profitable photography business. It’s what makes your business thrive, yet why is it so hard?!

Join award-winning baby photographer, Julia Kelleher, and learn advanced techniques for marketing to new moms, enticing them to book the session, and then keeping them for life in Marketing Strategies for Baby Photographers with Julia Kelleher.

Julia is an award-winning photographer with a busy baby photography business based in Oregon. In this class, she’ll show you how she earns and keeps loyal clients. You’ll learn about her affordable promotional strategies, smartphone scripts, and how to “sell” the experience.

Julia will help you make your sales and marketing strategies more efficient and effective in Marketing Strategies for Baby Photographers.

Julia is AMAZING!! This was THE course of Photo Week 2015 packed with the most invaluable info. Julia gives it to you straight with that honest tough love that we all need! Thank you Julia!

I bought this class because we have a studio, my girlfriend is a Family and Newborn Photographer and I'm a Wedding Photographer, and even though I'm not related to newborn photography at all, I found this class so but really so good that I think everybody should take it. Everything about marketing and customer service and all the information provided by Julia made realize a lot of things that I didn't even know! And she is really good, I doesn't matter if she talks for hours, I promise you will keep your attention and will learn a lot, wether you are a professional with years on the business or just starting. Buy it, believe me, it's a bargain once you see everything you will get. Thanks to this class I bought like 8 more :) Did I already said you should buy this class?

I needed to learn how to sell my photography, so I took a job shooting first 48 hours of baby in hospitals... Talk about high pressure sales! Hmmmm. No. This class really helped me focus on the thing I love rather than stressing out about making the money. Everything she teaches in this class is spot on. I first used pre-consultations as my focus for getting babies in front of my lense, knowing that if they love the photos the selling session was really just taking the order. I attribute this class to helping not only my sales soar but helping me book the shoots. She's right. In person sales is the way to go. I use this process in my custom photography business and it works.