Lesson 1 from: Master Your Inner Voice 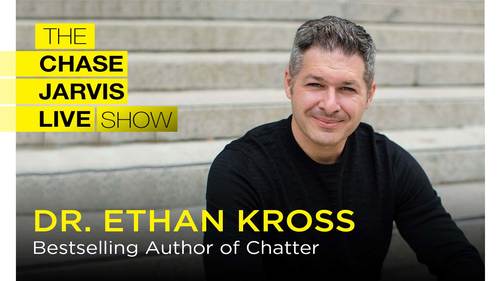 Lesson 1 from: Master Your Inner Voice

Hey everyone, what's up? It's Chase! Welcome to another episode of the Chase Jarvis live show here on Creative Live. You know, the show where I sat down with amazing humans and this week's amazing human is Dr Ethan Cross. Dr Cross is an award winning scientist and he focuses on one of the things that I believe is the most important. Certainly the most important words in the world are the ones we say to ourselves, and that is where Dr Ethan crosses work comes in. He is the author of the Bestselling book called chatter. Now, every one of us has that internal voice and sometimes it's there for good, but most times it doesn't help us and we sit down with Dr Cross today to talk about how to manage this voice in our head. What is this inner voice? We go through a number of really important, very tactical ways to manage it. And at the end of the day, the relationship that you have with yourself determined your mindset and your mindset is very much connected to how you move through your world.

Ethan Kross, PhD, is one of the world's leading experts on controlling the conscious mind. An award-winning professor at the University of Michigan and its Ross School of Business, he is the director of the Emotion &amp; Self Control Laboratory.&#160;
SEE INSTRUCTOR'S CLASSES