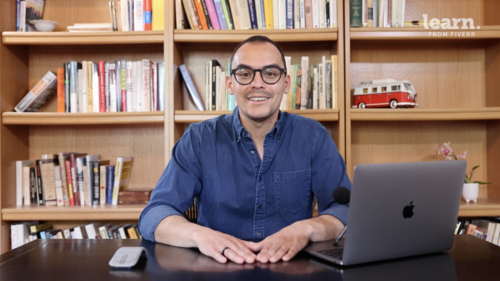 Introduction To Building An Online Community With Facebook Groups

Chapter 2: Build a Strategy to Start Your Community

What Are Your Community Goals, Key Results And Activities

Why Are You Starting A Community

Who Is Your Audience And How To Define It

How To Build Community Goals, Key Results And Activities

Chapter 3: Facebook Groups 101: Getting Started and Properly Set Up

Chapter 4: Build Content That is Engaging and Your Community Likes

Using Topics And Guides To Answer Your Questions

Engage With Your Community Members And Be Active

How To Build A Content Strategy For Your Community

Chapter 5: Community Management For Your Group

Golden Rules Of A Thriving Community

What Are Your Guiding Principles And Rules

How To Moderate Conversations Among Members And Manage Conflict

How To Monetize Your Community

How To Grow Your Community

Chapter 7: Measure the Growth and Engagement of Your Facebook Group

Measure How Your Community Is Aligning With Your Business Goals

Where You Can Get Help From The Fiverr Community Of Experts

the other thing that I've seen works well in keeping quality over quantity is filtering and managing those new member requests who you allowed to enter your community will make a huge difference and impact with how engaged people are. If someone is just not interested in the topics that you're talking about, they're just not gonna engage, they're not going to post, they're not going to become valuable members. So keep in mind you want quality over quantity. It's better to have a smaller group of members who are engaging who relate to each other than a large community where no one posts, no one engages and no one is really interested in the content that you're publishing. How do you filter users or new requests is also a great way to protect your community, keeping it healthy and thriving and ensuring that only the right people join your facebook group. So this is where you're gonna be able to see all of your member requests on the tap. Here's what we're gonna see that all the list. I d...

on't usually don't recommend approving everyone automatically use the filters to your advantage to verify who's joining your community, learn about them. And also facebook now gives you a number of different filter options to go through the requests. So all these different filters are great. But these are the ones that I use and have helped me the most to filter new member requests. So the first thing and most important one is people who answer questions. Those are the ones the people that respond that you obviously want to accept because they're most likely to engage, relate to your content and you definitely want to approve those. So someone who took the time to answer the question is probably a better fit than someone that don't even bother to go through, read the question and answer them. They're most likely one to start engaging with your content to relate with your content and just become valuable members to your community. So you definitely want to approve everyone who's answering all of your questions or even some of the most important questions that you're asking to all new member requests. One of the other options I use within the filters is the joint date. You know, you have options of less than three months, less than six months over a year ago, over two years ago facebook has gotten better at identifying fake profiles, but this is also a good way to run every once in a while and see members and accept members who have been using facebook for some time so that you avoid accepting bots or fake profiles. So I usually try to filter people who have at least had a facebook profile for a year. If someone just opened their facebook profile a month ago, there's probably a high chance that it's going to be a fake user. So this is also a good way to weed out fake accounts and ensure that you're just bringing in real people, not bots. And the third one, I like to use the rules, People that have agreed to the rules. Again, if people have agreed to rules, they're most likely know what to expect when they join and probably behave better, not spam your group. So why agreeing to your rules? Because your rules are the foundation to healthy community. A person who actually read and agreed to your rules is basically accepting how you're managing your community, especially when it comes to spam managing conflict and also blocking users. And the last one that I would suggest is invited if someone is invited by a member, definitely accept them, they know what to expect. So play around with those rules because those are going to help you better filter. Who do you accept and who do you really? Or should you really allow to join your community? If someone was referred to you or invited by other members, this is a really good sign. And someone that you definitely want to accept, even if they don't answer questions if they were invited by someone, there's a bigger chance that they're going to be engaging because someone familiar to them already explained them how the community works, how the group works and how much value it's bringing to themselves and how much is going to help that new member and the last one. And this is an extra one because it doesn't work for everyone. But depending on the type of group that you're trying to build country is also a good filter for accepting new member request. This filter works great if you're actually trying to build local communities within your city region or even your country. So take advantage of these filters. Again, you want to focus on quality over quantity, especially when you're starting your group, a small, thriving community, It's gonna bring you better results, healthier conversations and in the long run, just keep your existing members happier and there's going to be a bigger chance that they actually refer to more people to your community if they're finding your content valuable and also engaging in really cool conversations with other members.