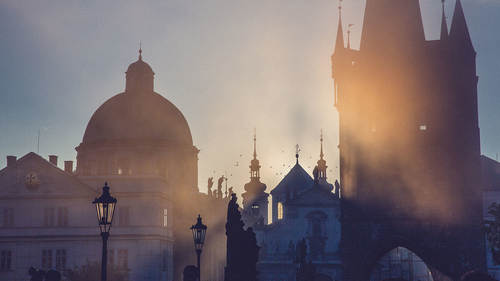 So, let's go back and let's look at an image here that I want to work on. So, I'm gonna go to, I don't know, this one or that one. Which one? The left one? No, the right one? You like here hand up? Okay. So, all right. So, there's our beauty, and we want to do some retouching. So, first off, let's just go in and work on the image just a little bit. So, I'm gonna do an auto adjustment. Oh, see, auto adjustment's not always right. It tried to fix the background, didn't fix the foreground, so, we will undo that, and we'll just do it ourselves. But, it's always good to try. So, I'm gonna go in, and I'm gonna work on the light and bring up her brightness a bit, bring up the shadows just a little bit. I'm bringing the black down 'cause I want it to be nice and crisp, and her eyes are nice. So, I wanna make sure that those are good. And then, I'm gonna go into the color. Let's just warm everything up just slightly. So, we're in Raw. So, we wanna work on this in Raw as much as a possible, befo...