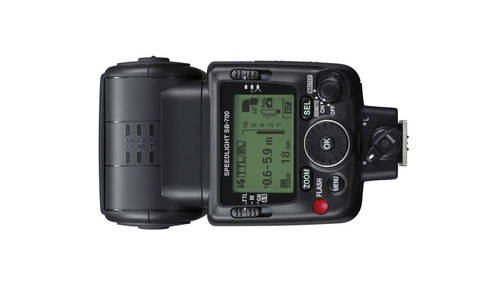 You can combine the radio trigger with the optical trigger. Okay, now this is even more complicated and I know if you're listening at home today, your blinds probably going to what's going on here, but you can now this is what I'm sure is how to combine the current system with the legacy system. All right, so to do that, you still need the w r r ten. This little guy here still need that you need in the remote world out here in remote land, you need an espy five thousand because it's going to hear the radio signals as well as you need any other regular flashes like sb seven hundred, sb six hundred, nsb nineteen they can all be out here in remote land, but then you also need some type of optical trigger up here, right? So what are the optical trigger? Commander flashes sb nine ten s u eight hundred, right? So I could use this as the optical trigger. Uh, I could use an espy nineteen, so let me do that now what I'm gonna do is I'm going to use the optical trigger here, the radio trigger an...

Locations and studio setups don’t always cooperate with your ideal vision for a shoot. Professional photographers use wireless flash systems to increase their mobility and expand their creative options. Flash systems also cut down on the amount of time photographers have to spend correcting images in post-processing.

Mike Hagen is a professional photographer and industry expert. He is a seasoned instructor and the Director of the Nikonians Academy.

Join Mike for this class, and you’ll learn:

After this course, you will be able to manage flash systems and shape light to your needs. You’ll be able to set up synchronization modes that alternate different kinds of flashes, and incorporate light modifiers like umbrellas and soft boxes. Start improving your shoots now!

So, here's the deal. If you can't get to a Mike Hagan course in person this is the best next thing. I have know Mike for 6 years and he never disappoints. I took this course through Nikonians about four years ago and found this to be not only a great review but a significant update from what I l learned in the previous class. Mike is one who never rests on his laurels and as a teacher he is constantly updating and improving his work. Speed lights are so much more complex then most people understand and Mike use his knowledge to take that complexity and reduce it to a set of clear and understandable methods. So glad to see that Creative Live has included him in their line up of instructors.

Mike is a great easy to follow instructor who you can tell knows his subject. Thank you. A great course that I would recommend to anyone with Nikon gear.