Lesson 1 from: Organize and Automate a Better Customer Experience 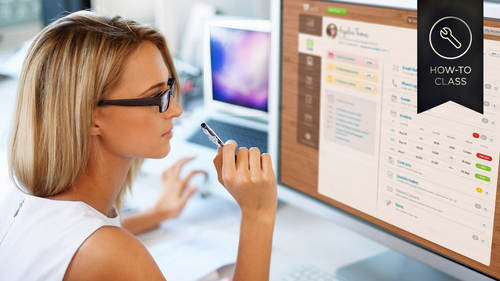 Lesson 1 from: Organize and Automate a Better Customer Experience

1. The Importance of Organizing Your Business

You might be surprised by how much an organizational system can help you run your business.
Show Transcript

The Benefits of Automation & Where to Start

Organize: Identify Your Strengths and Weaknesses

How to Organize Your Client Experience

How to Organize Your Year/Month/Week/Day

How to Automate Your Business & Client Experience

my name's Drew Councilman, and this course is organizing an automating, a better customer service experience with Hannah Marie. Hannah is has been running her own business now for nine years, and, ah, interestingly enough, she took a sabbatical. She took a year off, and during that year she worked through some of the stuff that she needed to work through, learned a whole bunch of stuff. And in the two months that she came back to work after that sabbatical, she actually had better profits in in work outcomes in those two months than she did in the whole previous year. So you're in for a treat has got a phenomenal amount of information for you. She's a solo preneurs and photographer. Coach travels all across America doing that. Would you welcome to the creative life stage? Hannah Marie. I'm really, really excited to be here, and I have a lot of hope good content for you guys to take in today, so let's jump in. So when setting up a business, we usually plan assuming the best life situati...

Hannah Marie is an international wedding photographer based in Waterloo, Canada. Motivated by the refinement of her craft, that of the artist and of the businesswoman, Hannah Marie takes joy in sharing all she has learned along the way. She can often be found hosting private coaching sessions for photographers and entrepreneurs from across North America.
SEE INSTRUCTOR'S CLASSES

I loved this course! There was so much helpful information that I can apply to my business. I would love for Hannah to come back and teach a longer course. I feel like there's so much more to learn from her!

Very interesting class with a lot of good info on how to get more organized! Thank you Hannah I could really identify with what you went through and if it worked for you, it might just work for me:)

Good lessons, she spelled the president's name wrong which threw me off though heh. Helped with my business