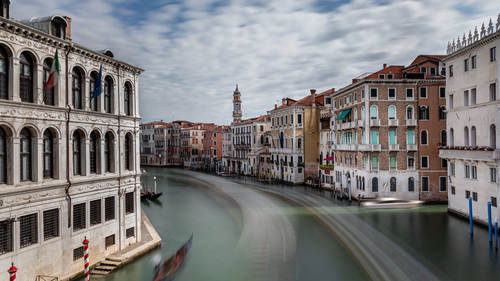 I'm going to go through a workflow with you, but we have to start at the very beginning, and the very beginning is what we're going to take with us on this trip. So, if I wanna take cameras on my trip, I'm gonna think very seriously about the size of cameras, the lenses that I need to take, and so I'm opening up my bag to you and so you can see there's the bag, and you can see that I've got an A1. This is a Profoto A1. It's a flash, and I've got another one here so it's underneath, and then these are a bunch of gels and grids for the flash, because I take portraits so I'm gonna want some extra light with me. So I've got my flash light here. I've got my longer lens here. I've got my wide lens on my Canon R. Now, one of the shortcomings of the Canon R is that it only has one card, which means you that have to be very careful about that card. Make sure that you're using good cards, not old cards, because if that fails, you're kinda stuck, so unfortunately it only has one card. However, my...

Whether you are working as a professional photographer who travels or a traveler who loves photography, you know how complicated your life gets when traveling. All the photographic gear, the cameras, chargers, cables, computers, hard drives, can get heavy and complicated to manage. Plus, the process of storing, backing up, transferring, syncing, editing your photos and keeping track of the work you have done can make life very complicated. Well, there is a better way. Join Jared Platt and learn how to make your photographic life simple, lightweight and efficient as you travel. Let Jared show you how to secure your files, edit and share them with minimal travel gear and maximum efficiency. You will be astounded to learn how simple your life can actually be.

Jared Platt is a professional wedding and lifestyle photographer from Phoenix, Arizona. Jared holds a Masters of Fine Arts in the Photographic Studies and a Bachelors of Fine Arts in Photography from Arizona State University and has been a professional photographer and college educator for the past 12 years and has been a speaking, debating and lecturing for the past 17 years. His attention to detail and craft make him a demanding photography instructor. Jared has lectured at major trade shows and photo conferences as well as at universities around the world on the subject of photography as well as workflow. Currently, Jared is traveling the United States and Canada teaching and lecturing on photography and post production workflow. Join him online for monthly "Office Hours" at www.jaredplattworkshops.com.

I have to say that I’m loving photoshop week 2019. I am on a veterans pension, come back to my photography to help my ptsd. Although good few yrs as freelance sport and other photographer under agent. No more of that shoot for myself and maybe sell some prints when I can get a web site to save for new gear. Jared has become my fav teacher. So I took advantage bought the 17 classes. Really impressed. Looking forward to applying so many little things in these days of how good photoshop and Lightroom have become. So Instagram will grow yet not all the good ones lol. Grumpy Digger is my handle but may have to change to my name. Yet creative life courses has been such a great piece to bring me back into how powerful editing has become. As learnt on film owned Lightroom 1 and photoshop. Which where good but nothing like todays versions and the digital sensors have improved. Showing my age lol. Highly recommend even telling other veterans look at creative as photography can help keep mind going and you can repeat view anything u buy. Thanks heaps. Can’t afford yearly to maybe learn money skills better lol. Cheers Matt Australia

As always, Jared Platt's classes are informative and full of fresh concepts. I'm not a travel photographer, so I probably wouldn't have chosen this class on it's own.. and I would've missed out. The beauty of taking classes outside of my area of focus, is that I always learn something unexpected and transferable! The new tools and techniques I picked up in this class will be so helpful when I'm shooting on-location with clients, as well as preserving my personal work when I'm out and about with my family. Awesome class!