How to Color Correct Photos with Photoshop on the iPad 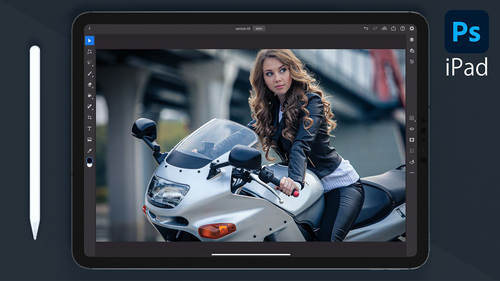 6. How to Color Correct Photos with Photoshop on the iPad
In this project, you will learn to remove unwanted color casts from your photos using the Levels Adjustment layer.
Show Transcript

How to Color Correct Photos with Photoshop on the iPad

next, let's look at how adjustment layers work and how we could make targeted adjustments in Photoshop on the IPad. Adjustment layers allow you to control the tonality and color of your image non destructively. In other words, you can always come back, make changes through adjustment or deleted without affecting the original image. In this example, we will color correct this image to neutralize the grace and remove the color cast. This is a photo I shot a few years back in Venice, Italy, and, as you can see, it has a severe color cast. There's many reasons why a photo could have a color cast, including the wrong camera settings and lighting conditions. Start by expanding the detail layer view from the task bar, then tap and hold the Adler button and select adjustment layer from the list. Select levels. The Levels adjustment layer allows you to control the tonality and color of your image. Using five sliders. You could also color correct the photo with several other adjustment layers, i...

Join Jesús Ramirez, the expert instructor from the very popular Photoshop Training Channel (PTC) on YouTube, as he teaches you how to take your image editing on the go with Photoshop for the iPad.

In this class, you’ll discover how you can edit your photos, apply creative effects, and create composites in Photoshop on the iPad.

Jesús Ramirez is a digital graphics expert, speaker, and educator specializing in Adobe Photoshop. With over 15 years of professional design experience, he has worked with clients such as Adobe, Microsoft, Motorola, and Conde Nast. Jesús is best known as the founder of the Photoshop Training Channel (PTC), one of the most popular Photoshop YouTube channels in the world with over one million subscribers.