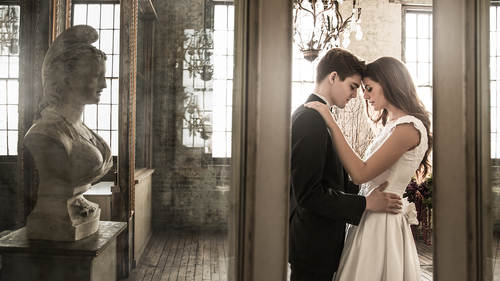 "Flattery gets you everywhere in photography", and it's true. That fundamentally what your job is is to bring out the best in a person and one thing that I do wanna say cause this, this used to stress me out. Subject would show up to my studio and they would be less than what you would call a model, okay? Whatever that may be, whatever flaw they might have. These people, they're not want, they don't want you even to make them look exactly like a model and they're not expecting that. They want you to see the beauty in them and bring that out. So don't feel like every single person you need to liquefy them in Photoshop and pose them so they disappear and have, you don't need to do that; just help emphasize what they already have for assets. So, "Flattery gets you everywhere in photography", and I actually did this the other day. There's no Photoshop at all. That is straight outta camera and it's showing what you can do with just a little bit of posing. So anyone who's not even a photogra...