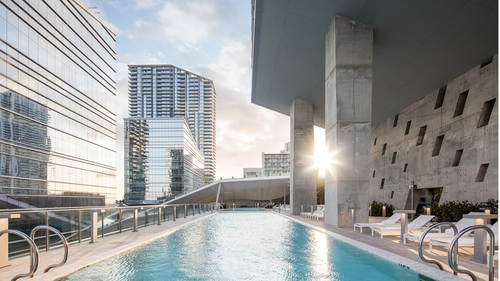 Photograph number two. We are still in New York City. This time, we're shooting the Cooper Union building, which is a really, really cool piece of architecture. In this image, I'm gonna show you guys, again, not only how I do those temporally expanded composites, but how I also add drama and replace the sky to give the shot a bit more, we'll call it zing. A bit more interest, a bit more life, a bit more drama. As you can see, I have this really flat sky here. There's people walking in front of the camera. All kinds of action everywhere. So what I wanna do here is really bring this to life by adding people, but in the right spot, adding cars in the right spot. The sun is kind of flickering in and out of the clouds. The building building becomes flat and then dramatic again and then flat again. So I'm gonna take, you know, all of these shots that I took over, say, a 20-minute or so period. We've got buses and people. I'm gonna find the best elements out of all these photos and composite ...