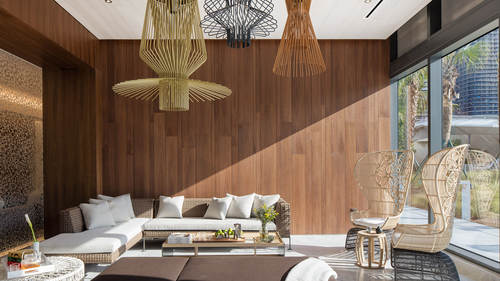 This class is going to cover retouching for interior architectural photography but before I just jump in, I've kind of reflected on the previous classes that I did and for all of those, I just sort of like, "Here are some pictures, I'm gonna retouch them." But what's interesting about architectural photography is that I can show you everything that I've done for every picture ever made. In the first assignment that you get, none of what I taught you will have anything to do with that situation that you're in. So I kinda made a presentation here that goes over some ground rules for getting the best possible material that you can then post-produce after the shoot. So it is so important that you really make sure that everything you do on location is kind of done in preparation for your post-production. So with this presentation and the next one also, I'm hoping that we'll get to share some great insight for you so that again, you're not just seeing how I do post on some of my images, but ...

Amazing class. Mike is a great artist - I've been following him for sometime already and he has a great eye not only for architectural photography but for all depth geometrical image capture. His commercial airplane posters are a delight.

A MUST -- If you shoot interiors. I loved this class. I have been dabbling in some non-serious real estate shoots for some time now and have been asked to shoot some more professional spaces. While I have gotten away with "winging it" for some time now, I knew I was missing an entire block of information when it came to certain shooting and editing methods. I loved how short this series was too and did not even need a live shoot (taking up more class time) to get the concepts down. The only thing missing is that I would like to know what lens would be best for most interiors. Some wide lenses have distortion, etc. So this would be my ONLY question. Mike is easy to listen to, entertaining without trying too hard, doesn't deviate on random stories that have nothing to do with the class hah (as some instructors do). I am going to go dig up other classes by him. Thanks for such a well put together class.