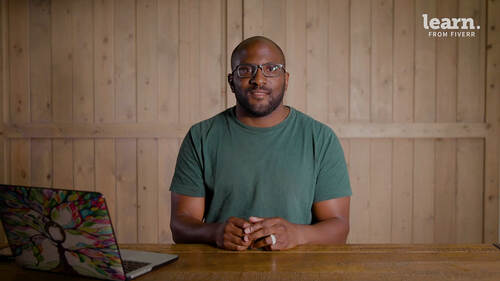 What is a Search Engine, and how do they work

What Kind of Work do SEO Practitioners Do

The Evolution of Google's Algo

How to Determine What Type of Content You Should Create

How to Find Short Term Opportunities

How to Check if a Domain Link is High Quality

The -Oops Something Happened- Audit

Reporting on the progress of your work using Asana

A word on Weekly-Monthly Reporting

Okay, last but not least a B testing. So as an S C. O. Project manager, not only will you be responsible for reporting on the growth of S C O weekly and monthly, but the your team will also want readouts for all the recommendations. If they're working on design or engineering, they'll want to know what is the impact of all the work that you're asking them to do and so I'll show you my framework for reporting on this kind of information. Now first some rush is a great tool for for this. You can track keywords daily and you can make annotations here and just put the date when things happen. So if you've updated the title tag you can put it here. I don't usually put things that are that granular but if you did a whole bunch of redirects or something like that, you can put that here as well or fix a whole bunch of errors and then the great thing about this is you'll see that over time, if something happened with that date after that date then you can, it gives you a better idea of what's w...

orking, what's not working. They also in this report track Google Update. So this is the 25th where Google had a recent update and also you can see how your competitors and you move throughout time. So if say for instance you're in rankings tank and your competitors rankings also tank probably a google algo update and the nice thing about this is it's this visibility, school isn't just traffic so it gives you a measure of how many of your keywords and pages rank on page one, but you can also filter by average position, estimated traffic and you might see different ups and downs with these different kinds of metrics. So that's the nice thing about some Russia. Makes it really easy to you for you to report out on changes in rank. Now for some of the changes that you're doing, you may, it may affect the entire site and you'll want to do a performance after and maybe you don't have enough keywords to track in some brush. So I'll show you another way to track before and after kind of a B tests in some brush. So first can type in your domain, let's type in, let's just use actually health line and You can see all the keywords that it ranks for here 2708 and you also get a measure of the traffic And so what if I wanted to say, see how maybe I released something two months ago and I want to see how it's performing well we have an idea of the number of keywords this page ranks for in the traffic. Now let's go back two months and see what happens. Okay. This page was performing slightly better two months ago. Maybe it was a larger drop if you go forward or backwards, you never know. But what you can do is just play with this time date here and you can do it for your entire site or for just a single page. The problem, the only problem with this is that it relies heavily on when some Russia has updated their index last And it takes them about two months on average to update all the keywords that you're going to rank for for your site. So If you have the patience to wait for 2-3 month test, this is a good way to show that before and after. Just look at all the keywords that you rank for currently contrast that with all the keywords that you used to rank for two months ago and that's how I use some rush to do a B test.