Starve the Ego, Feed the Soul 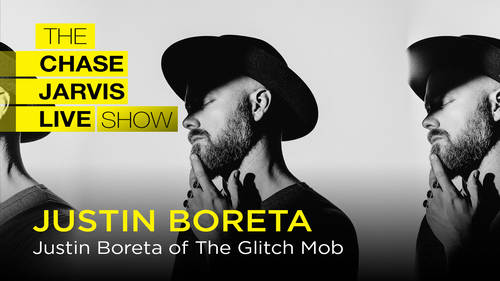 Starve the Ego, Feed the Soul

Many music fans know Justin Boreta as a member of The Glitch Mob, a beat-driven electronic group that has been touring for more than a decade. Since their establishment in 2006, the electronic live act has now performed around the world at festivals including: Coachella, Burning Man, Lollapalooza, Reading & Leeds and Bonnaroo.

The Glitch Mob have released three albums together as well as official remixes for Daft Punk, The Prodigy, Odesza, Metallica, and TV on the Radio and more. Justin’s also had some pretty badass collaborations, including with the spiritual teacher Ram Dass and Alan Watts on guided meditations.

Our conversation explores so many of our favorite themes including: mindset, creativity, mindfulness, awareness, how to pay attention, how to work through fear, trauma, and how the things that make you weird are potentially your biggest strengths.