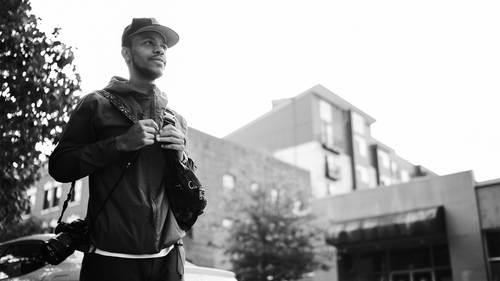 that we love you. Hello and welcome to this episode of Creative Life TV and The Chase Travis Live show here on Creativelive. I'm Jace Jarvis, founder of Creative Live and longtime host The Show and your guide for the next 60 minutes as we sit down with a legend in the street photography field someone I am very, very excited to have on the show. But before I introduce him and his work, I would like to invite you to comment. This is a live, interactive broadcast, so whatever platform you're seeing this on, if you are at creativelive dot com slash tv, just click joined Chat in the upper right hand corner. John Facebook, YouTube Live instagram live. I do see your comments. Ah, and I'm happy to introduce some of the thoughts and ideas that you bring into this conversation, questions you have for the guest. In fact, it's my treat and one of the reasons we do these live so that you can help shape the course of the conversation. Um, the best experience where I see the comments the fastest is o...

Steve John Irby, aka Steve Sweatpants, is a renowned street photographer and cofounder of Street Dreams Magazine, a beautiful zine that is unlike anything of it’s kind featuring up and coming photographers and crowd sourced photography in beautiful layouts and stories.

The majority of Steve’s photographic work is derived from the endless source of inspiration found in his home turf in NYC with intriguing travel logs to round out what has become an insanely compelling portfolio that is behind his rapidly emerging recognition in the photojournalism community. Most recently his photography around the racial equality and BLM movement has been published in incredible places like GQ and the New Yorker.

Of course, we dive into Steve’s journey from working in retail & playing video games to being on assignment for GQ and others. We also get into: