Lesson 5 from: Strengthen Your Stage Presence 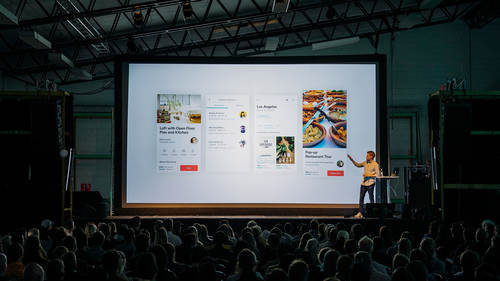 Lesson 5 from: Strengthen Your Stage Presence

5. Easy to Use Rehearsal Techniques

Get Vocally Ready to Present

Get Mentally Ready to Present

Now we're gonna start putting some of these things together, start synthesizing these ideas of how to prepare. This idea of stage presence, being a more confident, comfortable person, a version of yourself in the room, but now, let's do that thing. So, let's get a volunteer up, and we're gonna go through some rehearsal techniques. Rehearsal techniques will then lead into people getting up and actually giving a very, very short presentation. So, who would like to be the volunteer for this? Maybe someone who hasn't volunteered in a second? And would like to experience, give her a round of applause. I'm gonna give this to you, or do you want me to keep it? No, you can keep going. Okay. So, once again, you can address the audience. Get the reps in. Tell 'em your name, maybe tell 'em why, maybe, you're a part of this class today. Okay, hello, my name is Shaweet, and I'm a part of this class because I've just moved to the Bay area, and I'll be getting new jobs. I'm in grad school, ...