Lesson 1 from: TALKING ABOUT FEELINGS 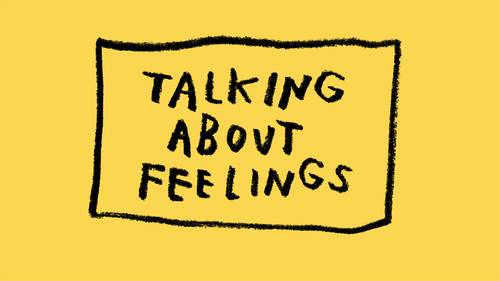 Lesson 1 from: TALKING ABOUT FEELINGS

Hello and welcome to this special event with Adam J. Kurtz. If you don't know Adam. He is a New York City based artist and author of One Page at a Time and his latest book, Pick Me Up. His design and illustration is rooted in Honesty, Huer and a Little Darkness, and I'm really excited. One of my favorite things about working and creativelive is inviting people to come that I want to potentially be friends with Sell officially. But I When I saw his book and I read it, I wrote this line about it that I have to read out loud cause I really enjoy it. It's like someone had put into the pages of this book the same crazy monologue that goes on inside my head. This book is smart, self aware and relatable, which is totally what Adam is. So let's welcome Adam Day Kurds. Thank you for saying all those nice things about me. I know that it's your job to do that, but I still appreciate it. Thanks everyone who's here and thanks to you guys who are tuning in online right now or in the future. Creative...

Adam J. Kurtz is a Brooklyn-based artist and author whose first book, 1 Page at a Time: A Daily Creative Companion has been translated into fifteen languages. In addition to personal work, he’s collaborated on products for retailers such as Urban Outfitters, Strand Bookstore, and Fishs Eddy, and made work for companies including
SEE INSTRUCTOR'S CLASSES

Loved this short simple talk! First off, it is very uplifting as Adam has an awesome sense of humor. Second, it is a great reminder to self that you don't have to be serious about what you do and how you do it. Thank you, Creative Live for discovering Adam J. Kurtz for me!

Thank you so much for this opportunity, Creativelive! Such an amazing atmosphere, office/hq, and experience! Incredible night overall. So happy I discovered you.