The Path Back to True Self 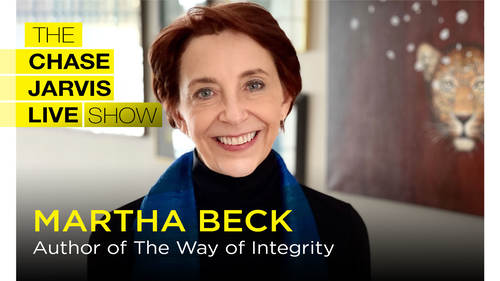 The Path Back to True Self

Hey buddy, what's up? Chase? Welcome to another episode of the chase Jarvis live show here on Creative Live, you know the show, this is where I sit down with amazing humans and I do everything I can to unpack their brain with the goal of helping you live your dreams in career, in hobby and in life. My guest today is the one and only Martha Beck. Now, if you're not familiar with Martha's work, you're in for a treat in this episode and if you are then this is going to be like, we're going to pull back the layers of the onion and get to her latest philosophy uh and the title of her new book, The Way of integrity. And if you don't know what integrity means, it's not about being good. In the classic definition. In the Martha beck world integrity means feeling whole. So if you have ever felt less than whole, felt like a part of you was doing something for someone else where you weren't being true to yourself. Where the prescribed path, whether that's from your parents, your career counselors...